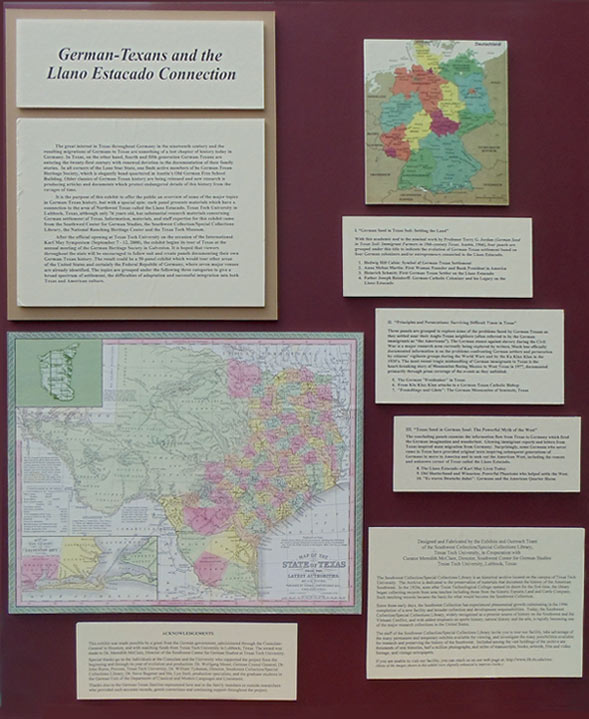 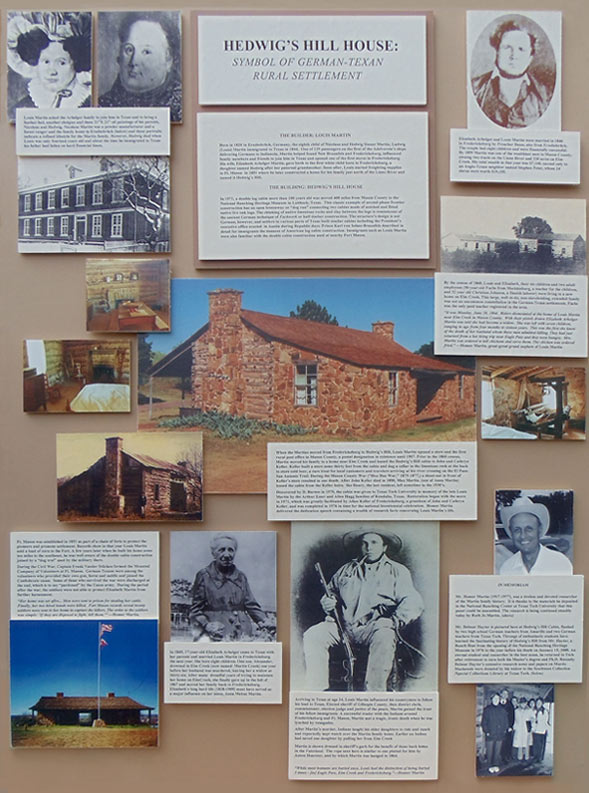 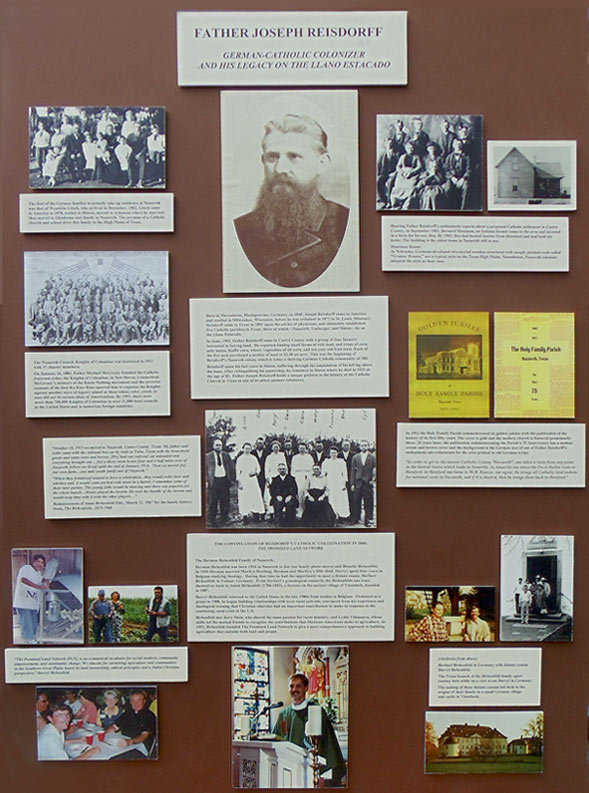 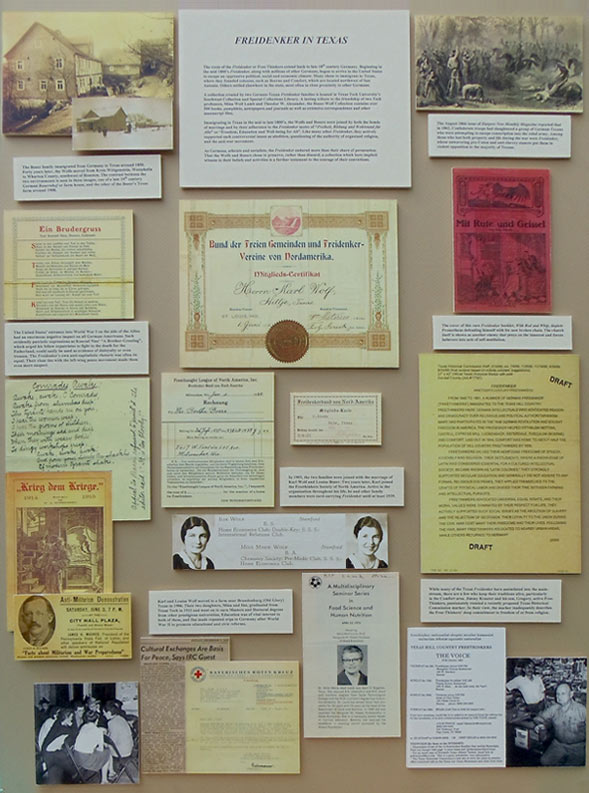 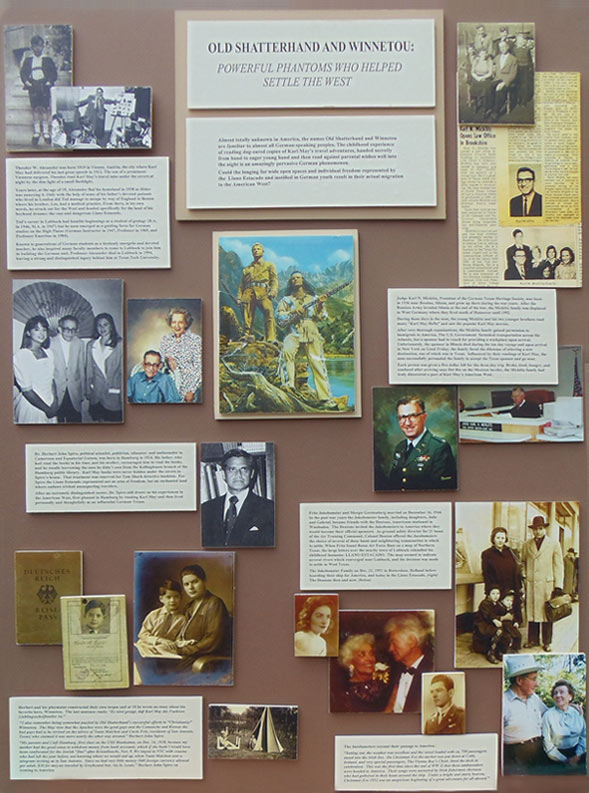 The Panel Exhibit surveys the amazing connection Germans and Germany have with the Llano Estacado. The panels chronicle the evolving relationship few would have imagined, and specifically describe Karl May's works and early German settlers who pioneered the Llano Estacado.

The panels have made a global touring run, visiting several noted locations in the United States and in Germany.

The Dallas Historical Society and the Dallas Goethe Center hosted a humorous and informative lecture by Professor Meredith McClain of Texas Tech University in Lubbock, on Friday, Jan 17, 2003 at the Hall of State in Fair Park. More than 150 attendees in the audience enjoyed Dr. McClain's slides and stories of the early German pioneers in the Llano Estacado, which was later so accurately described by the world-famous German author, Karl May. Dr. McClain has been recognized by the German government for her research in the field of German immigration to Texas.

Following the lecture, she cut the ribbon on her traveling exhibit that tells the fascinating and comprehensive story of Germans in Texas. This exhibit will be on display at the Hall of State in Fair Park until May 1, 2003. Admission is free and the Hall of State is open from 9:00-5:00 Tuesday-Saturday and 1:00-5:00 on Sundays.

The Dallas Goethe Center is a non-profit organization that fosters mutual understanding between people of German speaking countries and those of the USA. This exhibit will be of enormous interest to those of German descent living in the Dallas area. For further information, please contact the Archives Director, Dallas Historical Society at 214-421-4500 x. 110.