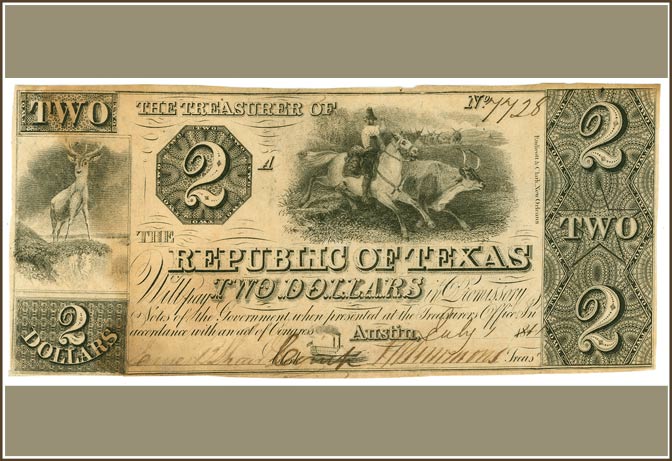 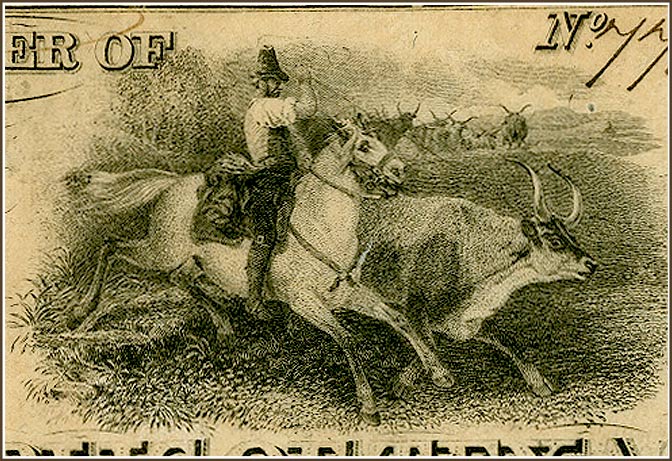 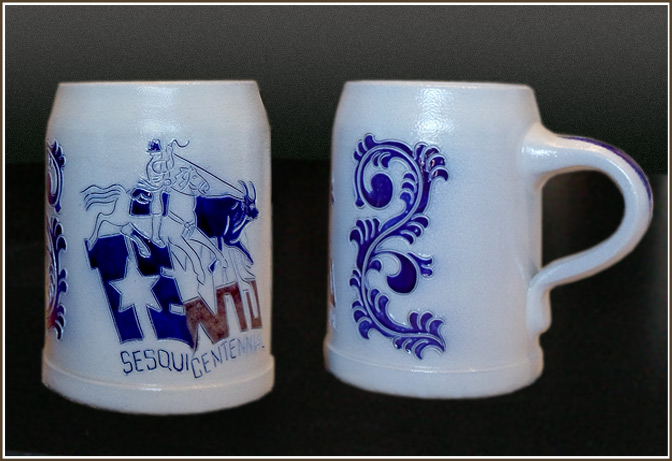 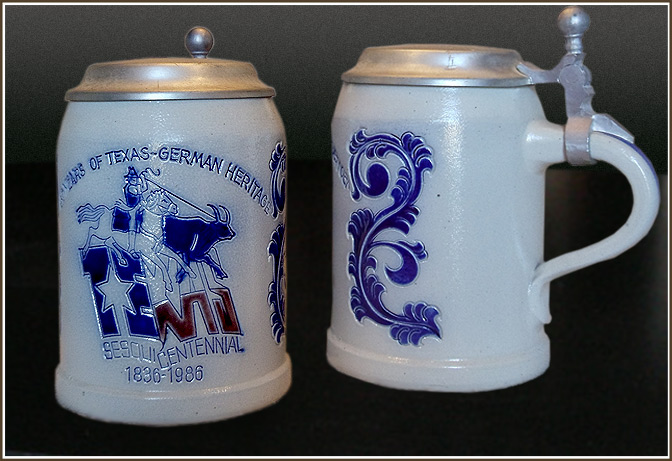 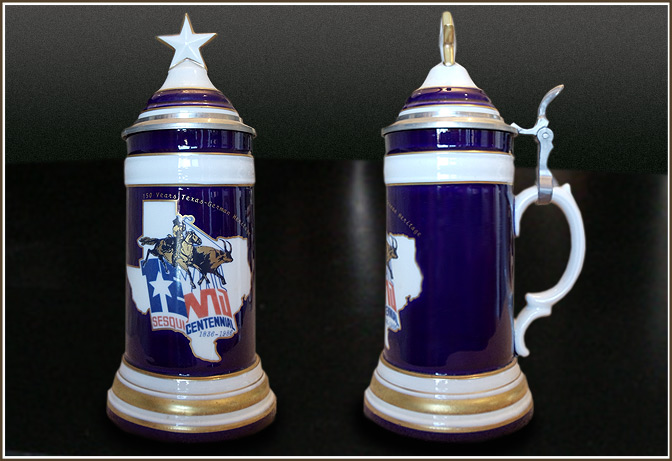 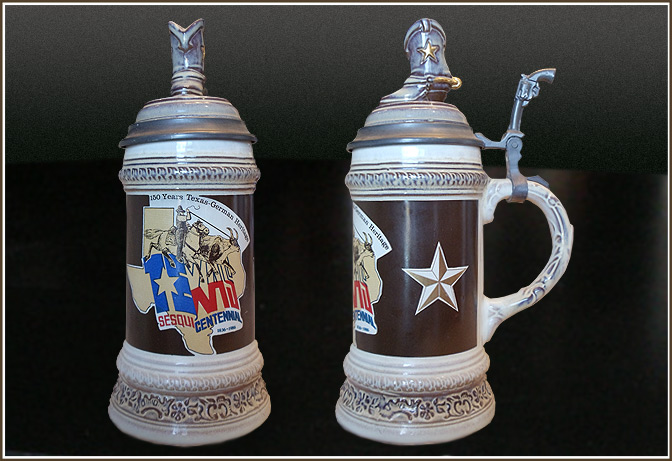 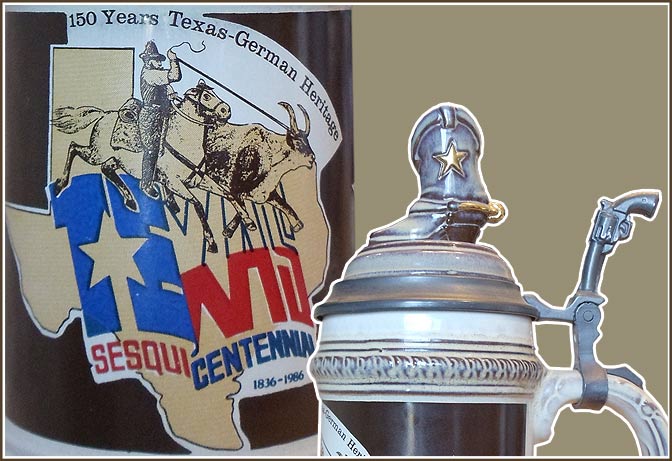 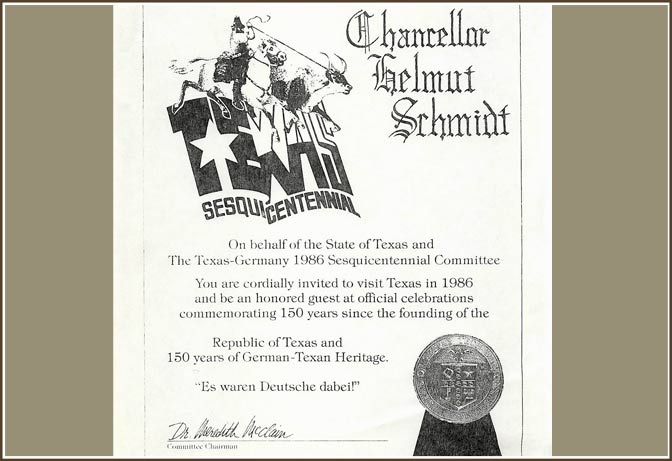 The Texas Sesquicentennial celebrated the state's historical 150-year anniversary of its Declaration of Independence. This momentous milestone resulted in a state-wide celebration, organized on many levels in countless directions.

The Sesquicentennial meant a great deal to the state's varied citizenry, and represented a particularly important time for the Texas-German connection. The historical impact on the development of Texas by Germans was given distinct recognition with the forming of the special Texas-Germany Sesquicentennial Committee. Headed by Dr. McClain, the committee was an integral part of planning festivities and events state-wide, and even between Texas and Germany.

The committee developed a special logo (above), which appeared not only on official documents but also on a series of commemorative steins. The logo itself tells the story of German influence in Texas: With a keen eye, Dr. McClain had observed distinct German imagery on a Republic of Texas-era $2 bill (known as "Texas red backs"). What at first glance might be mistaken for a cowboy roping a steer turned out to be something quite different... something quite German.

The Fall 1998 issue of Umlaut, in addition to offering a stunning overview of many Texan-German connections, provided some fascinating background and remarkable preparations for the Sesquicentennial (see pages 6 and 7, in particular).